On Colcha Embroidery and Portugal 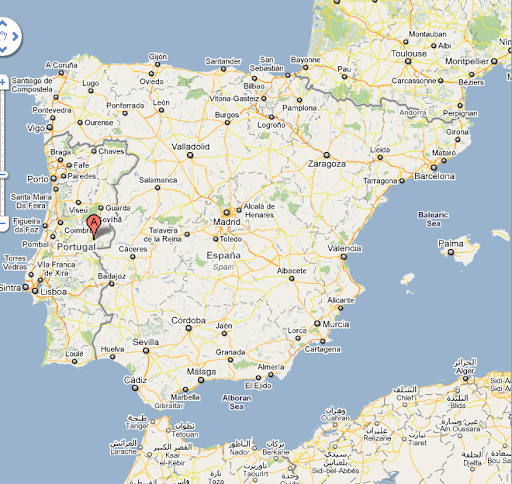 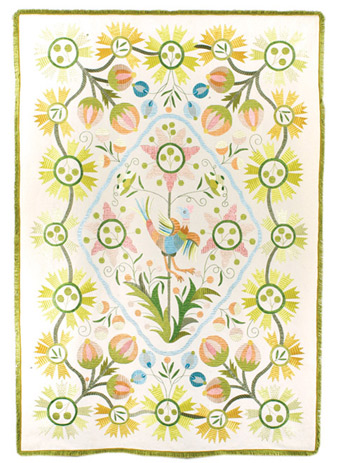 Méri kindly posted a very informative comment on my post about colcha embroidery. It turns out that “colcha” means bedspread in both Spanish and Portuguese. Furthermore, there is a traditional Portuguese style of embroidery which uses a similar stitch to embroider bedspreads (although in linen and silk instead of wool from New Mexican sheep). This style is called Castelo Branco (White Castle) embroidery/stitch, named after a region in Portugal, or sometimes frouxo (loose) embroidery/stitch.

Like the colcha stitch, the frouxo stitch only covers the front of the fabric and barely shows on the back. I am still working on finding a stitch diagram, though Méri tells me it is not identical to colcha stitch. But below is a video of three ladies stitching while being interviewed by a TV show (all in Portuguese. I can’t follow what they’re saying, but the embroidery is beautiful).  I think the strange “old lady” towards the end is for comic relief? It’s hard to tell when you don’t understand the language! 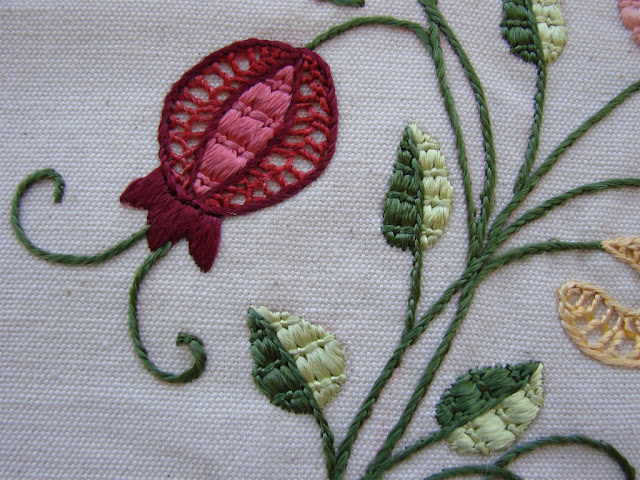 This closeup is from Luísa Silva’s Portuguese/English blog, where she posted twice on Castelo Branco: a post with some lovely old black and white photos of her mother-in-law working Castelo Branco embroidery as a child and another with color photos of the work.

Here is a closeup (of a lily and carnation, symbols of a man and a woman) from the website of M. Fátima Paixão (english translation) about Castelo Branco embroidery: 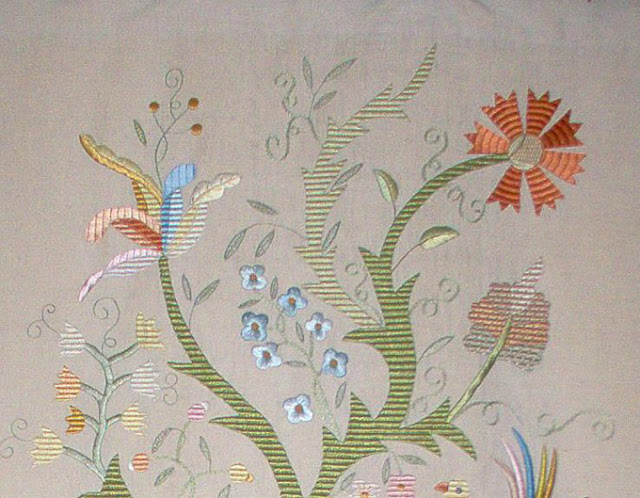 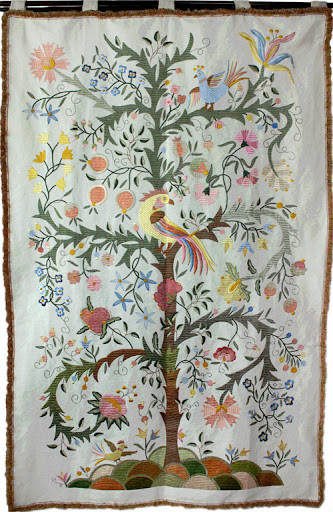 The designs are extremely symbolic, but the websites don’t entirely agree on which symbol means what.  Here is a sample set of definitions:

I found a few other sources of information and photos of Castelo Branco embroidery, which you can take a look at if you are still curious:

4 Responses to On Colcha Embroidery and Portugal